A Brief History Of The Main Google Algorithm Updates – What's Next? 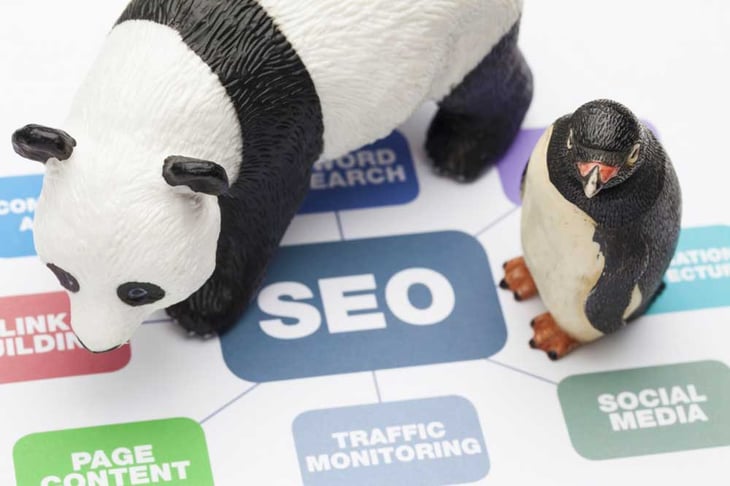 If you are in the SEO or online marketing world then you will be well aware that Google updates its search algorithm on a regular basis. Hundreds of times a year in fact. However, some of these algorithm changes are much bigger than others, thus affecting a larger amount of search queries. In this article I am going to discuss some of the main Google algorithm updates that have happened over the past few years and what we can expect in the near future.

The first Panda update was released in February of 2011. This update targeted sites of low quality and little content, such as microsites. The name for this algorithm update, “Panda” originates from the Google engineer who developed the technology required to make the algorithm a possibility, Navneet Panda. Updates to this algorithm began rolling out around once every month after its release, however in 2013 Google stated that any updates to Panda in future wouldn't be as noticeable as they would be integrated into it.

The last big update that we know of to this algorithm happened in July last year, “Panda 4.2” and this was a ,slow rollout. For more information about Panda 4.2, read this blog article here: New Google Panda Update 4.2: What You Need To Know

Another famous algorithm update. The first time this algorithm was released was back in April 2012. It targeted sites that went against Google's Guidelines and participated in 'black hat SEO' techniques. Some of the link building tactics that Penguin targets and lowers the rankings of site for using, are things like link farms and link schemes. Penguin approximately affects around 3% of Google search queries. The next big update to this algorithm was Penguin 2.0 in 2013 and this was said to have impacted around 2% of search queries.

The last update that we know of came about in 2014, “Penguin 3.0” this was also a slower rollout like Panda 4.2. The best ways to overcome a Penguin penalty are to build only quality links and to get rid of low quality links from your back link profile.

If you feel you might have been affected by the penguin algorithm or would like to find out more about it then read this blog article here: The Aftermath Of Google Penguin 3.0: Have You Been Hit And What Can You Do

The next famous update I am going to talk about is Google Hummingbird. Google started using this around August 2013. Hummingbird tries to judge the intent of a person carrying out a search, to therefore return more relevant results. It takes into account context and synonyms. This Google algorithm generally makes long-tailed keyword phrases a lot more powerful, meaning businesses and Webmasters now have to think about questions people may ask rather than keywords. Blogging often about popular topics in your industry can really help with this. You can find out more about Google Hummingbird here: 4 Easy Ways To Adapt Your Website To Google Hummingbird

This update was released in July 2014. It aims to increase the local listing in the search results. Google rely, now more than ever, on location and distance factors when you are searching for a local product or service. The ones that you are closer to are more likely to show up as they are going to be more relevant at that time. As well as this, local directory sites have been given more of a boost, so if you aren't on places like the Yell or Yelp directory, get your business listed on there!

This update released around April last year has regularly been referred to as “Mobilegeddon”. It targeted sites that are not Mobile friendly. If you don't have a mobile website or a responsive site design then your site will probably not be mobile friendly, and its rankings in mobile results and even desktop results could suffer. For more information on this Google algorithm, read our article here: Mobile Apocalypse: Googles Mobile Algorithm Set For April Release Date - Are You Ready?

Who knows what is next in 2016 but Google are evolving all the time. They are constantly making small updates to their algorithm each day to improve the overall user experience. We can probably expect updates to some of these main algorithms listed in this article and Penguin is definitely due an update so I would expect something to come from that. As well as this, as more people are searching on mobile devices there is definitely going to be much more to come from this side of things.

Are you ready for any future Google updates? As long as you play by the rules in terms of building links and keeping website visitors happy with quality, engaging content and great website usability then you won't go far wrong. 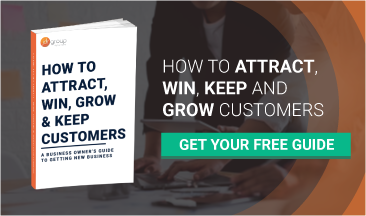 The Aftermath of Google Penguin 3.0 - Have you been hit? What can you do?

The Google Penguin update was first announced back in April 2012. It was aimed at targeting...

What A Landing Page Should Have to Encourage Conversions

Landing page design needs to optimise every last detail to maximise conversions. When the focus of...

What Is IGTV? Why Should You Be Using It?

IGTV is a brand new standalone app that Instagram has launched. It allows users to make vertical...