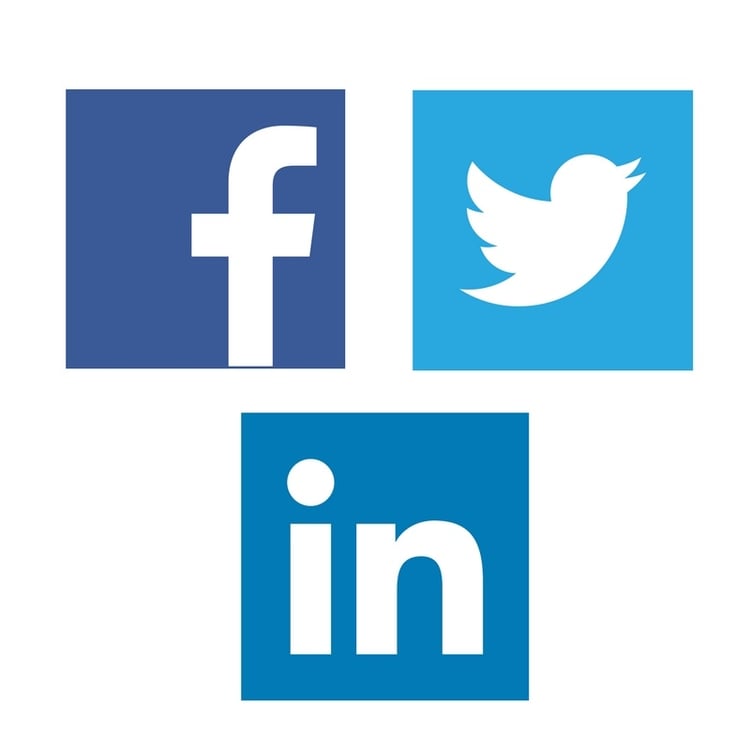 The 20th century gave people access to more information through television and radio, but it is the 21st century that has been truly revolutionary by giving us the Internet. This completely changed how the first world operates in every way possible, and opened doors to unlimited marketing potential.

Social Media has been an epidemic throughout the last decade and is showing no signs of stopping! Overtime brands and empires all over the planet have discovered that social networking is a massively significant breakthrough for marketing, almost completely wiping out the likes of “old school” newspaper and leaflet advertisements.

Getting people's attention, increasing awareness, and engaging with your audience has never been easier, especially with the help of Facebook, LinkedIn and Twitter. But which paid advertising platform can help you and your business the most?

Facebook advertising advertising provides a multitude of benefits for you and your business. Whether you're a small company just starting out, or whether you're a well-established brand looking to continue expansion, Facebook is the most used marketing platform.

With 1.39 billion active monthly users worldwide, therefore potential for the most diverse audience possible, this marketing opportunity not only allows you to spend as little as you like and still get results, but is also ridiculously easy to set up and get using.

The beauty of this marketing tool is the targeting and re-targeting options, meaning your ads will be shown to defined and specific audiences. This could be categories such as geographical locations, age range or interests, ensuring your budget is well spent on the relevant following.

Users can also remove ads from their timeline, and give a reason for this. This is a good feature because it helps to give you an insight into why the campaign may not be succeeding if your results appear to not be making an impact.

It's often hard to measure ROI for social media advertising, however, in the Facebook Adverts Manager section you can track:

Your specific goals may include:

LinkedIn is currently heavily on the rise in many ways, most importantly for paid advertising. It offers a great marketing platform for very specific and niche products and services, especially for B2B companies. This is because almost 60% of LinkedIn profiles are those of managers or people in leadership positions, therefore the social site holds a very high-quality following.

Agreed, it is not as generically spoken about as much as the likes of Facebook, however two LinkedIn profiles are set up every second, and overall there are over 400 million users. 70% of the world's online users say the Internet is their first point of call when a product or service interests them, therefore more reason to set up another social networking profile for your business!

LinkedIn advertising offers a specific targeting feature which enables you to select carefully who your ads are exposed to. These are split up into categories such as occupation, interests, place of work, skillsets, age or gender.

However, unlike some other paid advertising social platforms, LinkedIn does hold a minimum daily budget. Although this is very low, many businesses, especially smaller companies could financially do without this expense.

Click on the following link to find out more about working with a LinkedIn advertising agency.

Twitter is one of the most highly used and recognised social networking sites on the planet, with over 500 million users worldwide. It is a public platform which means whether you have a Twitter profile or not, anyone can still read tweets. This is very much an advantage for those marketing their products or service on Twitter!

The best paid advertising element on Twitter is arguably being able to have your tweets feature at the top of your followers' feed. This gives you a huge advantage above your competitors. Furthermore, Twitter finds other users for you with the same interaction and behaviour patterns as your current followers and exposes your paid ads to them also!

Many would say Twitter's targeting ability is a cut above the rest. For example, tweets can target people even by the devices they use, such as an Android smartphone or an iPad! This is useful for those marketing a product or service aimed at a specific device user.

Paid Ads on Twitter are called Sponsored Tweets and Promoted Products, which operate on a cost per engagement basis. Engagement can be anything from a favourite/like, to a reply, to a retweet, or even just a click.

However, a slight disadvantage to Twitter paid advertisement is that many users have objections and consider Sponsored Tweets and Promoted Products to be spam. This could result in unsuccessful campaigns and damage company brands.

Both Facebook, LinkedIn and Twitter paid ads would offer fantastic benefits to many businesses, for many reasons, and in many ways. Some the same reasons, and some very different.

However, I think Facebook is a slightly better platform for paid advertisements, for the simple fact that it has a whopping 1.39 billion active monthly users! That is an enormous audience to market to!

For further help and support with any aspect of your business' marketing please comment below or call us on 01332 343 281 for an informal chat.

It's Google's 20th anniversary, and to celebrate they have released a whole new array of search...

Goal setting is essential for measuring success (or failure) in marketing. Without goals, a...

Goal setting is essential for measuring success (or failure) in marketing. Without goals, a...