LinkedIn Vs Facebook – Which Is Better For My B2B Business? 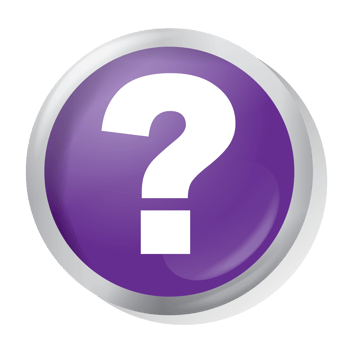 You may be forgiven for thinking that the title of this article is a rhetorical question; that it is obvious that LinkedIn is a far more useful business tool than Facebook. Indeed, this is the conventional wisdom – that in the world of social media, LinkedIn is for business-like, serious minded professionals, and Facebook is for teenagers and time wasters.

In this article we will present a sound case for why Facebook should not be discounted by decision-makers. Far from being the playground of the workshy, Facebook is the largest interconnected community ever devised in human history, with 1.5 billion active accounts in April 2016. Of course, LinkedIn versus Facebook should not be seen as an either/or decision for your business. Both platforms have their comparative strengths and weaknesses, and can be used in tandem. Let’s look at this in further detail below.

Understanding Facebook and LinkedIn: What purpose do they serve?

Despite surface similarities, Facebook and LinkedIn were both set up to serve different purposes. What are these purposes, and to what extent do they fulfil their brand promises?

LinkedIn was explicitly set up as a business networking tool, and is largely successful as such. Usage varies according to a user’s professional status, however. For directors and decision-makers, the most common uses are industry networking and business promotions. Middle managers and specialists use LinkedIn to network with suppliers and colleagues within their own companies, while lower level employees use LinkedIn primarily for job searches, and also to network with co-workers. According to LinkedIn’s own figures, 61% use the platform for industry networking, 55% of users reported using it to network with co-workers, and 61% use it to keep in touch with other businesses in their industry.

Facebook, on the other hand was set up as, and remains, a content sharing platform for personal networks, although businesses can and do set up pages. The most common activity for a Facebook user is to ‘like’ another user’s content, with 26%1 of Facebook users doing this on a daily basis. This is followed closely by commenting on other user’s posts and photos, which, respectively, 22% and 20% of users engage in each day. Only 15% of Facebook users updated their own status on an average day, and only 10% used Facebook to send a private message. So, while only a minority of users use Facebook to publish their own content, Facebook updates do have a wide reach. Users do read them, like them and comment on them, frequently in huge numbers.

So, from this, we can imply that LinkedIn is the best platform to use for business networking, direct promotions and company updates, while Facebook is an important marketing and content sharing platform.

While this conclusion is correct, it is also simplistic because it ignores the fact that vast numbers of high-level managers and business decision-makers use Facebook on a regular basis, and do so with their business head on, not simply as a personal tool. We can almost guarantee that among the billions of active Facebook profiles will be all your fellow directors in your industry, and all the key decision-makers in your target market. They will use Facebook not simply to post pictures of their family holiday, but also to scope out competitors, investigate potential supply partners and look for new business opportunities - probably similar to your own Facebook usage.

Let’s take a closer look at usage figures and their implications. Facebook claims 30 million active UK profiles in 2016, compared with 19 million LinkedIn users. LinkedIn is growing fast, up from 15 million users in 2015, but still lacks the reach and ubiquity of Facebook. Many users, for instance, will check Facebook regularly throughout the day, whereas LinkedIn use is far more sporadic. Global Web Index figures from 2015 reported 43% of users logged into Facebook on a daily basis, compared with only 9% of LinkedIn users. Monthly usage figures from the US may also be illustrative of the situation in the UK. In America, in an average month, LinkedIn users spend 326 million minutes on LinkedIn; an impressive figure, but one that pales into insignificance compared with the 53.5 billion minutes spent by users on Facebook.

So, if you are using LinkedIn for promotions and networking, you should also be reaching out to the same people via Facebook, as you are likely to have a far greater visibility to them on that platform.

In fact, Facebook is so important for brand visibility and outreach that no business looking to develop a serious B2B social media strategy can afford to ignore it.

This doesn’t mean that you have to use Facebook for exactly the same things that you use LinkedIn for, or that you should stop using LinkedIn. As mentioned before, people use both platforms for different reasons. However, because of the reach of Facebook content, it is the ideal platform to establish yourself as an ideas leader in your industry, sharing valuable content that will interest your target market. Go easy on sales promotions and company updates on Facebook though – LinkedIn is a far more receptive platform for this type of content.

Your company page on Facebook also should not be underestimated as a lead generation source. Many business users now turn to Facebook as they would do a search engine, to directly research businesses and decision-makers they want to know more about. It is therefore critically important that your business sets up and maintains an active Facebook presence. Hand in glove with the organic search potential provided by Facebook is its rapidly improving advertising service. Facebook ads are highly targeted and effective at getting your brand in front of the people you want to get to know. They offer greater flexibility than Google PPC ads, and include an excellent video advertising function. Learn more about Facebook with this article - 6 Tips For A More Effective Facebook Business Page.

A marriage made in heaven

LinkedIn and Facebook are both extremely important social media tools for B2B businesses. Both should be used in tandem, but with the comparative strengths of each platform used to the utmost: Facebook for sharing high-impact content, and LinkedIn for the detailed business of relationship building with key decision-makers. If you would like to find out more about B2B social media strategies and how our team at JDR can help, please send us a message and we’ll be happy to chat with you.

Do you remember Friends Reunited, DIGG, Delicious or Orkut? What about Ping and Friendster? These...

If you have so far ignored Facebook as a B2B marketing tool in favour of LinkedIn, it may be time...