New Google Panda Update 4.2 – What You Need to Know 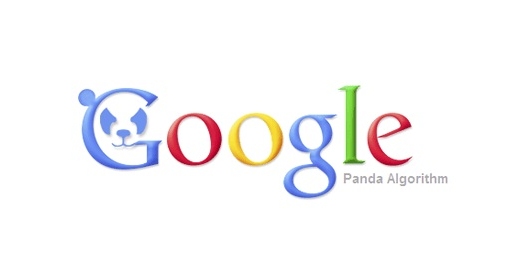 Yet another Panda has been released recently from Google's algorithmic zoo. This is one that the SEO community has been expecting for a while now, “Panda 4.2”. The update has come not long after the Mobile Apocalypse in April. The update was confirmed officially on July the 18th and 2-3% of queries have already been affected so far. However, Google have stated that the algorithm update will take months to roll out completely. This is what a spokesperson from Google had to say regarding the topic...

“This past weekend we began a Panda update that will rollout over the coming months.” “As you know, we’re always working to improve Google so search results are higher quality and more relevant for everyone and this is just one way we do that.”

This new update to the Google Panda algorithm is around the 30th since it's initial release in February 2011. The first ever release affected the most search queries at an estimate of nearly 12%. The last big update before this one was in September last year. Since then many webmasters have been waiting and preparing for the next one which has finally arrived.

What Do You Need to Know About Panda

The main thing you must know about Panda is that it was designed to stop sites with poor quality or little content from climbing up the search engine results pages. When the first update was released back in 2011 thousands of sites were affected for having low quality content on them as well as content farms. This is the core focus of Panda and again it really drills home the point that quality content is king.

What Affect Has it Had so Far?

Although this refresh of the Panda algorithm hasn't affected many search queries so far, Google did say that it will take months for it to completely roll out. The affect of the update will be better analysed once it has completed rolling out.  There has been some shifts in the SERPS already and we'd expect more tremors are on the way. It could mean some sites get a boost from the update and others lose rankings. If your website loses rankings and traffic in the near future or has already done so recently then It could well be due to the Panda algorithm.

Redemption for Some, Not for Others

The update will see redemption and happy faces amongst some webmasters, business owners and SEO companies. However, many others will not be as happy and some will have lost or will lose rankings and traffic as a result of the update. A lot of SEOs will have been waiting and preparing for this update as they may have had websites affected by the last one. If this was the case then many would've been working to put things right and to make necessary changes to make their website more user and “Panda” friendly. Some will have seen nice shifts in rankings since the update. If you are unsure why we have to wait for the updates to come around then let me explain further...

With each Google update websites will either get penalised or rankings will be restored. Because they don't work in real time, if a website was hit by the last update then it has to wait until the next algorithm refresh with hopes of rankings being restored. Although Google may likely introduce real time updates with Panda and Penguin in future, this isn't the case yet. They have stated previously that “playing the waiting game” for updates to come around would be a thing of the past but they are still working on a periodic basis. However, there is such a thing as a manual penalty that could happen at any time. If you did get one of these they are much easier to identify, as there will often be a message in Google Search Console.

Have You Been Penalised?

Knowing whether or not you have been penalised by the update can be hard to see but all you can do with algorithmic penalties is use knowledge of when the update started rolling out and whether or not you have seen a big shift in your rankings or website visits. If your traffic has fell off a cliff or many of your keyword rankings have plummeted to the bottom of the abyss, then this is probably the result of a penalty.

What Can You Do?

If you have received a penalty or believe you have then there is no doubt whatsoever that you need to take action. Your future online presence depends on it. The best thing to do is seek advice from a professional SEO company or digital marketing agency like ourselves. We can help to implement the correct strategies and tactics to restore your rankings once again. However, it won't happen overnight, it is a waiting game until the next refresh or update comes around.

Staying Safe in the Future

Staying safe from future Panda updates isn't that difficult really, you just need to make sure the content on your website isn't low quality. Make sure it isn't duplicated from elsewhere, make sure it reads right and make sure it is useful to your website visitors. Yes, producing quality content can be difficult at times, but this blog post should help – 10 Content Creation Ideas to Keep Your Readers Hooked

Panda 4.2 hasn't had a huge impact just yet but more shaking up of the SERPS is to be expected and will happen. Are you at risk of receiving a penalty? Have you been penalised already? Get a free Website and marketing assessment on your website today to start getting some answers and to find out if your website is set up to benefit from these Google updates in the future! 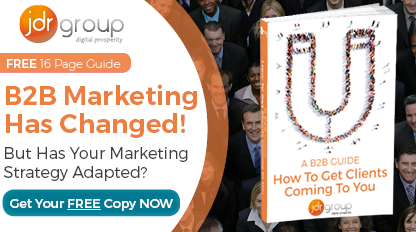 Creating A LinkedIn Profile For Your Business – Three Things You Need To Include!

Most LinkedIn users focus their attention on the platform’s potential as a professional networking...

Which Social Media Platform Should I Use To Promote A New Product Launch?