What Is Periscope? How Can I Use It For My Business? 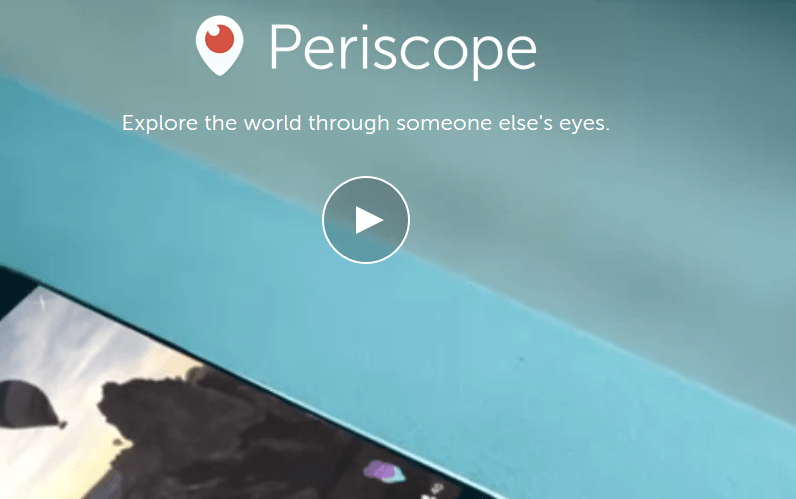 Periscope is a new social media video streaming app designed to work with Twitter. Since launching in March 2015, Periscope has become highly popular with 4G mobile users, and is often used alongside Snapchat and Instagram. The question on a lot of people’s tongues is whether Periscope is any good as a business tool? Having played about with Periscope over the last few months and had some good results, our answer is definitely yes. Here’s why.

What is Periscope and Why We Love it

Periscope is the epitome of a successful tech start-up. Its creators were inspired by the intimacy of Youtube v-log channels and wanted to take this one step further by enabling live video feeds. Their vision was for users to be able to experience a place directly ‘in the moment’, wherever they are in the world. For them, it was the “closest thing to teleportation.” The idea clearly worked. After less than a year, Periscope was snapped up by Twitter for a cool $100 million.

Periscope is now exclusively available to Twitter users. Anyone with a Twitter account can download the Periscope app for free and use it to shoot videos. If any of your followers have a Periscope feed, then you can opt in to subscribe to their broadcasts. Twitter will send you a notification when one of your network begins a live feed.

When watching a live broadcast, you can send written messages to the user and ‘like’ the video through Periscope’s heart icon. If you broadcast a periscope video yourself, you can choose to publish to your complete followers list, or to a selected audience.

Periscope is a devastatingly simple concept but is a powerful way of connecting people. It is fun, personal and addictive, allowing far more spontaneity and free expression then a pre-recorded YouTube video.

The Benefits for Businesses

So, what is all this got to do with business? The following are four reasons why your business needs to take note and implement the feature.

1) Give a human face to your brand

Twitter has frequently been criticised as being a faceless social media platform, where users and businesses can hide behind a mask of anonymity. Periscope overcomes this by allowing businesses to personalise their Twitter feeds. Live video streams give a human face to your brand, something that is increasingly important as customers now demand a high level of personalisation and relationship building while doing business.

So use Periscope to show your customer behind the scenes of your business. Give them a guided tour of your office, let them sit in on one of your meetings. Conduct live interviews with members of your service team, or give a live demonstration of your product, with the opportunity for your followers to send in questions in real-time.

A live video stream allows you to create a buzz around your webinars and live events. For instance, you could broadcast an ongoing Periscope feed during an important trade show or conference. They also offer an efficient, seamless platform for hosting webinars.

Periscope is a fantastic way of interacting with your customers. It takes one of the traditional strengths of social media – the ability to deliver fast, effective customer service – to a whole new level. You could advertise a weekly customer Q&A session on Periscope and let people send in their questions the Twitter. This could then be broadcast live to your website in the same way as your standard Twitter feed. Alternatively, you could use Periscope to respond to customer’s comments or complaints with a live video chat. Personal, face-to-face service is a far more effective in direct means of addressing customer concerns than an impersonal dialogue through email or Twitter messages.

Don’t just rely on press releases and Facebook updates when releasing a new product. Tell your customers in person, by getting the actual developers and creative team to chat about it in real-time via Periscope. Your customers will find it easier to engage with your brand when they see the people behind the products and can relate to the human side of your business. Want to organise a flash mob or guerrilla marketing event to support your product launch? Stream it live to your Periscope account and immediately connect with all your followers on Twitter. The applications are almost endless.

The importance of video

Customers these days want more than a simple cut and dried service. Business has become personal again thanks to Twitter and other social media apps. Video gives your customers a direct window into the soul of your business, and Periscope takes it one step further by allowing live interaction. Suddenly, creating video content is far easier and takes less preparation than before. If you already use YouTube to promote your business, or are a Twitter user, then there is no reason you shouldn’t get started with Periscope straightaway. You will love it, and it will have far-reaching effects on your relationships with your customers. 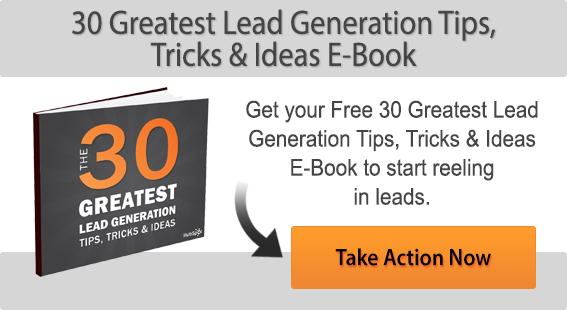 How to Transform Your Website Into a Lead Generation Machine

Though a corporate website is seen as an important part of a business’ online presence, the...

It's infuriating when, despite your best efforts at online marketing, your closest competitor's...

If you expect your digital marketing efforts to pay off immediately, you'll almost certainly be...