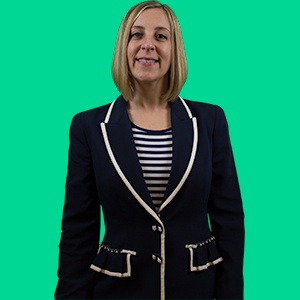 Twitter now boasts over 500 million users worldwide. 350million of those users use the site every single day.

But if, like many, the talk of retweets and hashtags leaves you feeling confused and left out this begineers guide will lift the fog for you - because as a marketer, you just cannot afford to ignore this worldwide phenomenom.

So here are the six most frequently asked questions about Twitter:

Twitter is a 'micro-blogging' platform. Although it has many uses, its main function is that it allows you to publish messages up 140 characters long that can contain links and images and can be read by anyone, anywhere.

It is used in different ways by many different people. It can be used by a family to keep in touch, a company to attract customers, the media to keep people informed or a writer to build up a fan base.

Setting up a profile is quick, easy and costs nothing - in fact some people and organisations have multiple accounts. When creating an account you can upload an image, a short decription and choose a username (for example, mine is @leanneatjdr)

3) What’s the benefit of having followers?

As a marketer, the more followers on Twitter your business has, the more potential customers you can promote and market your goods or services to to grow your sales.

So every time you post something intersting, entertaining and useful you give yourself the opportunity to be discovered by new people who didn't previously know about you.

And not just customers, suppliers could also find you - or even potential business partners - hence the name social 'networking'.

Twitter marketing also has some search engine optimisation benefits - Bing is already including social signals from Twitter in it's search results and Google is sure to follow.

4) What are hash-tags (and what’s trending)?

People use the hash-tag symbol '#' before a relevant keyword or phrase (no spaces) in their Tweet to categorise those Tweets and help them show more easily in Twitter Search. For example, during live TV episodes of 'X Factor', many Twitter users tag tweets about the show with the hashtag #xfactor. Here are some basics about hashtags:

Example: In the Tweet below, '@eddie' (the username for Ed Gutman) included the hash-tag #FF. Users created this as shorthand for "Follow Friday," a weekly tradition where users recommend people that others should follow on Twitter. You'll see this on Fridays. 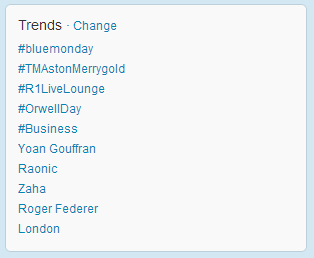 A great example of Twitter marketing is Zappos. The online shoe retailer could be the most ‘Twitterfied’ company in the world, with over 1/3rd of the company’s employees involved. The company’s founder, Tony Hsieh, has racked up over 600,000 followers. He is considered to be the most active CEO on Twitter. Why is this important? Zappos interact with much of their customer base on a one on one basis. They also boast that 75% of their purchases are made by repeat customers. Coincidence? We think not.

Sometimes people type RT at the beginning of a Tweet to indicate that they are re-posting someone else's content. This isn't an official Twitter command or feature, but signifies that they are quoting another user's Tweet. You can also use this abbreviation to ask people to re-tweet' your messages (for example, '30% off all items for one day only. Please RT')