Can Your Competition Cost You Money In Google AdWords?

Google AdWords is a brilliant online advertising platform that many businesses take advantage of. The biggest benefit being that it allows smaller companies to compete with the bigger fish! However, there are plenty of companies out there that simply don't trust Google AdWords and don't have faith in it.

There are many objections to using the platform that we come across on a regular basis. One of the most common concerns that we get asked is “what if a competitor keeps clicking on my Google ads, can they run up my bill?”

Can A Competitor Cost Me Money In AdWords?

Technically, a competitor could click on a Google ad once and that probably wouldn't be picked up as an invalid click, so they could potentially cost you the price of a click, however, Google would quickly recognise additional clicks from the same source so you're certainly not going to be out of pocket as a result!

Can A Competitor Keep Clicking On My Google Ads?

There is nothing that can stop a competitor from clicking on one of your Google ads but can they keep on clicking? The answer is yes, they can keep on clicking but it won't cost you a dime. The AdWords system is extremely sophisticated and each click that is made through it is examined by their system. It will identify any invalid clicks and will completely ignore them, meaning you won't get charged.

Here's a statement in Google's own words on the issue...

“When Google determines that clicks are invalid, we try to automatically filter them from your reports and payments so that you're not charged for those clicks. If we find that invalid clicks have escaped automatic detection, you may be eligible to receive a credit for those clicks. These credits are called "invalid activity" adjustments.”

You can find out more about invalid clicks here: https://support.google.com/adwords/answer/42995?hl=en-GB

What If They Were Strategic About It?

Okay, so what if one of your competitors set up people at different locations in different countries to click on your Google ads and other competitors ads? They could probably do that but that would be taking this to the extreme. I'm certain no one would go to those kinds of lengths simply to cost you or another competitor money. If they did it just wouldn't be at all profitable and wouldn't be worth it!

Can I See My Invalid Clicks?

Yes, you can! Inside your AdWords account, you are able to see the proof that Google stops these sort of clicks. You can't get data on IP addresses or who clicked the ad but you can see how many invalid clicks your ads have gotten. To do this, at the campaign level in AdWords, click on customise columns and add “invalid clicks” as a column. It is under the performance metrics section. 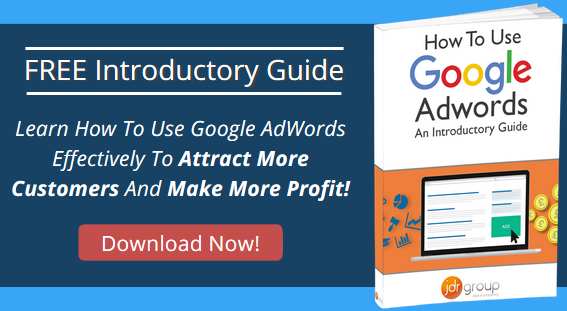 One of the world’s biggest sporting and entertainment events, the Super Bowl has just passed. The...

The Biggest Myths About Inbound Marketing – They Are Just That… MYTHS!

You'll often find people who give reasons for not believing in inbound marketing. These reasons are...

Do You Really Need An Agency To Generate Leads?

SMEs face many challenges but one of the biggest is sales lead generation. Search online and...